Niall Greenan, CEO of Greenans Products, was inspired to set up his business based on an innovative idea initially designed to help his arthritic mother fill a coal bucket from a coal bunker. 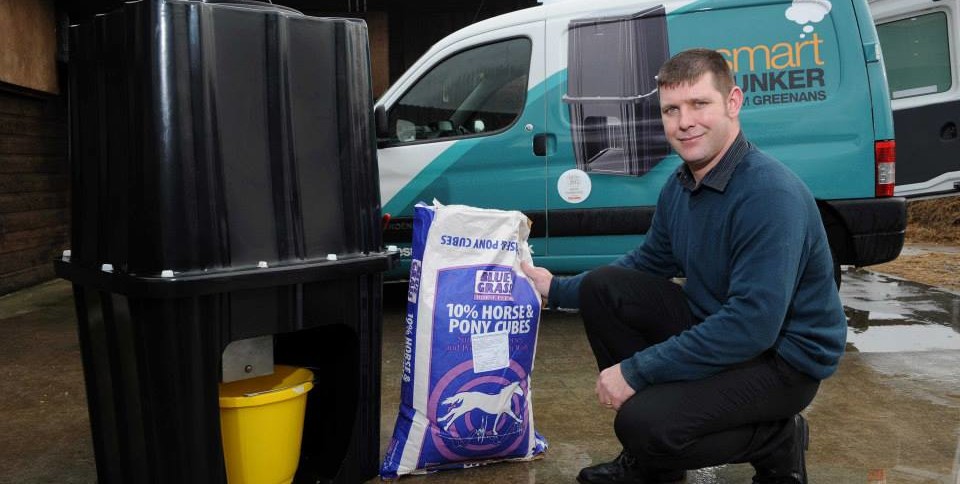 After designing a holder for this personal purpose and observing its effectiveness, Niall turned to The Start Up Loans Company to secure a £6,000 government-backed loan to make his prototype into a commercial product, known as the SmartBunker. He went onto manufacture and launch his first product to market in summer 2013, which trades via ecommerce on the firm’s website.

In the last five years, Niall’s business has grown exponentially, and the SmartBunker, which started solely as a coal bunker, is now used to store a variety of materials including animal feeds, salt grit and wood pellets.

The profitability of the business over the last half decade has been used to drive the profile of the company. Business owner Niall has made it his mission to make appearances at trade shows, including Belfast Self-Build, Love Your Home and Spring Farm Shows, helping to boost momentum and interest in the product the firm manufactures and for Niall to convey his passion for caring about the environment.

Working in the plastic manufacturing industry, Niall is very mindful of the environment, and in early 2018 became a member of Green Peace. Looking forward, environmental issues are at the fore of Niall’s agenda, as well as continuing to tell the story of how it all began from a simple but practical concept.