Working together with co-founder and long-standing friend James Sheppard, trading as Geotekk, Matt’s first product will launch this autumn that looks set to disrupt the bike security market.

Named ‘Limpet’, named after the marine snail’s similarly secure latch onto rocks, the product aims to fill a gap in the current market between trackers and alarms. The Limpet sounds a piercing alarm and powerful strobe lights designed to draw maximum attention, whilst keeping the user connected through its user-friendly app, with real-time alerts and tracking, wherever they are. 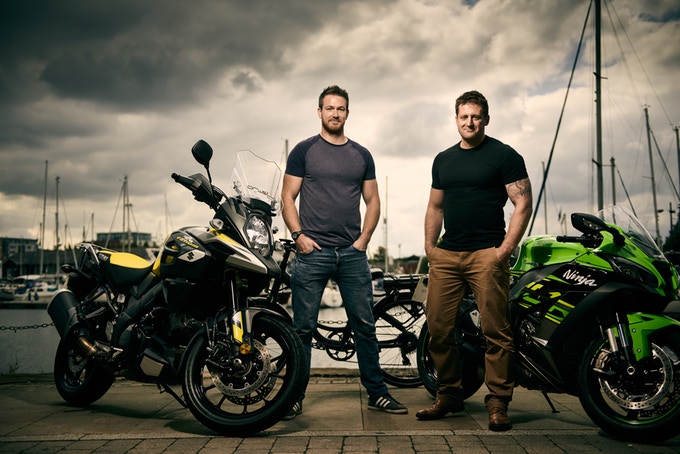 Matt joined the Royal Marines in 2006 after finishing school. His service included active duty in Helmand. This period was the catalyst to a change of path. Matt said: “I lost friends in Afghanistan. The mass trauma surgeons there were incredible and inspired me to make the decision to become a doctor. When I returned, I studied five A-Levels in one year, gaining distinctions in each subject, and got into medical school.”

Whilst still studying medicine, Matt was struck by his business idea and couldn’t ignore the opportunity to see it out.

“When I got my doctorate and had to make a hard choice. I decided I could always go back to medicine but the business idea could not wait. Everyone told me I was crazy after studying for 7 years to change direction and pursue this very risky business idea. They could not see what I could. Though, I must admit, I can imagine why they doubted my original Frankenstein prototype that looked like a huge blue smurf breast implant. One of the hardest things to do is not listen to the naysayers, especially when they’re family and people who care about you. Now we have perfected the product design, they all love it, thankfully.”

Matt isn’t shy to admit that getting the business off the ground has been tough. Asked what advice he’d give to others, he said: “Nothing worth doing is going to be easy. I draw on two principles from the Royal Marines: 1, Never give up and 2, there’s no cuff too tough.” “No one can really tell you how to set up your business as the landscape is constantly changing. I’d recommend talking to as many people as possible to gain insight in order to make educated decisions. There’s always a bit of cuffing involved, just look confident when doing it. “Most important of all, take action. Nothing will happen if you wait for it to come to you.

Asked about the challenges the Geotekk team has encountered, Matt suggested that they are frustrated by timescales and cashflow: “Things always take longer than you think and when it comes to money, you never have enough. We have become used to working on a shoestring budget.”

X-Forces Enterprise has supported Matt and James with mentoring and access to finance. “X-Forces Enterprise gave us a chance to turn our dream into a reality. If they had not believed in us, our story would have stopped there. We want to say a huge thank you to the XFE team, Anthony James-Smith in particular, for their patience and support in helping us to bring Geotekk to life.”