Kerry-Ann Graham decided to set up her business, Gabby’s World; a business whose founding principle is encouraging diversity and equality through play; where values, social norms are learnt and reinforced.

She found the distinct lack of ethnic toys in the UK to be detrimental to children with backgrounds of ethnic minority and decided it was something that she needed to address. Kerry-Ann found it really difficult to source culturally relevant toys for her young daughter that would reinforce what is taught through play at home, that her ethnicity is beautiful, to build a positive self-image, which can be easily reinforced by playing with dolls that share her ethnicity. The lack of representation of her racial profile where toys were concerned spurned Kerry-Ann’s desire to start a business that would not only help her daughter, but also other children to accept and embrace their differences from childhood.

Kerry-Ann found that she had to overcome numerous obstacles when starting out, such as sourcing affordable and reputable manufacturers, handling childcare issues and lack of marketing knowledge but she says that in hindsight, this experience all contributed to her growth.

Kerry-Ann’s favourite part of running her own business is finding she has more time to spend with her daughter. She enjoys coming up with new ideas and testing them and doing photo-shoots with her daughter – and states that the fact that her daughter is so central to it is “just amazing.” Kerry-Ann plans to extend her business by manufacturing her own line of dolls, including ranges for boys and babies. 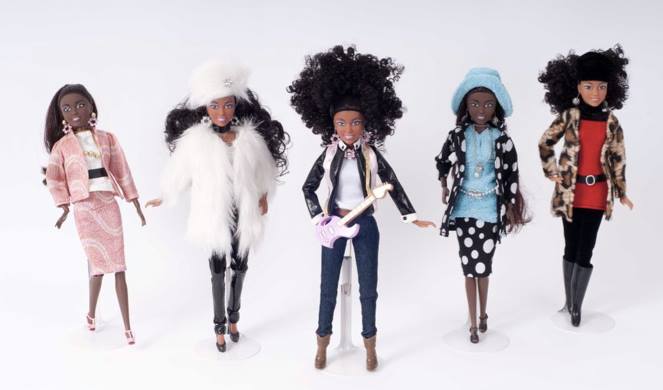 In terms of advice she would give to other people thinking about becoming an entrepreneur, she says:

“Whatever you are pursuing, you must have an innate passion and strongly believe in the concept of the business. This is to ensure that when obstacles do come your way, you will hold steadfast and approach those obstacles with the resolution that failure isn’t an option and just see challenges and closed doors as obstacles that will be overcome. Get up, brush off the disappointment and learn from the experience and move forward!”