Upon returning to his childhood home of Nottingham Matt Hinton, having developed a strong passion in real ale and all things hoppy soon discovered that unlike Sheffield, where he had moved from, there was a real gap in the market for a serious beer retailer.

He had already seen a friend do the same and was shocked upon going to his launch at how busy the shop was. Therefore Matt decided to set up Brew Cavern, a real ale and cider store that now stocks over 300 different producers.

Thanks to £15,000 from the Start Up Loans Company Matt was able to set his store up and open, and immediately experienced a surge of business as he approached Christmas. The store hasn’t looked back since and today attracts a growing group of repeat customers as well as tourist traffic and substantial trade from local businesses searching for gifts for employees. 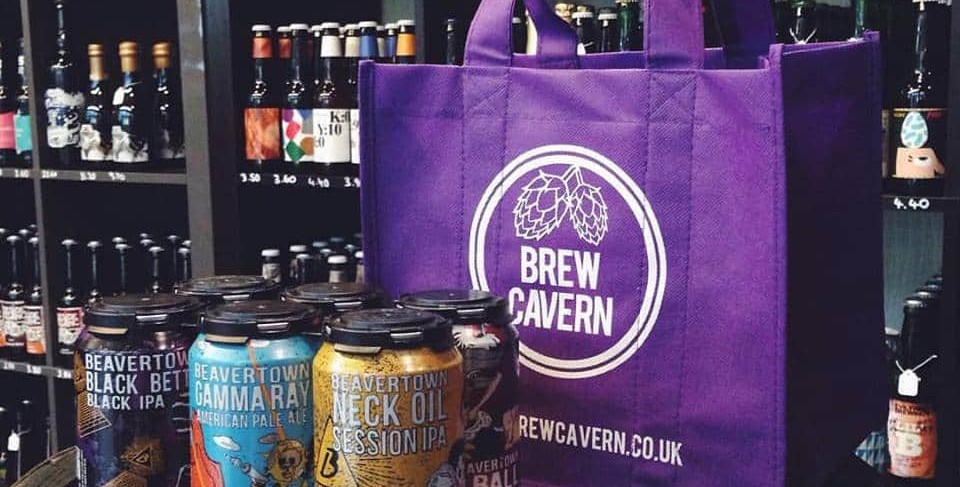 Matt continues to take time from the shop, utilising his employee, to attend beer festivals, breweries and other networking events which allow him to carefully follow what is going on in the beer industry. Currently he advertises in local magazines and social media and hopes to move into a bigger premises in the near feature following the success of his store.

Matt stated his biggest achievement of 2015 and 2016 was as a contributor to Nottingham Craft a Beer Week. 2015 was a really strong year with sales growing incrementally at Brew Cavern. In early 2016 Matt applied for a top-up loan of £10,000 to relaunch the website to offer mail order, local delivery and click & collect. He wanted to have the website up and running by mid-2016 but experienced issues when trying to streamline the purchasing process. He expects the launch to happen in the summer of 2017 so in the mean time he spent some of the money on stock for the shop and to sell in the online shop when it launches.

Also in 2017, Matt intends on hosting a weekend micro-festival, selling beer from a beer truck. He may also collaborate with a bar in the city centre called Junkyard.

Matt will keep the current shop as it is, in its current format but is looking at potentially expanding to another site, possibly still in Nottingham but it could also be elsewhere. He puts much of his success down to the events that they host individually and in conjunction with other businesses (such as beer and cheese pairings with one of the local cheese shops), and also holds multiple bottle sharing evenings throughout the year.