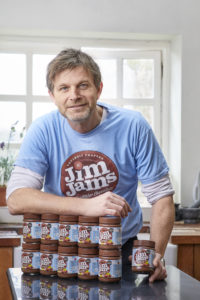 A City worker who quit his lucrative job in a bank to launch a healthy chocolate spread for children has expanded his business to America.

Kevin Bath, 50, from Halstead, Essex, was so shocked by the amount of sugar in his children’s favourite chocolate spread that he decided to take matters into his owns hands and create a healthy alternative.

The father-of-five spotted a gap in the market after doing his own research and discovering that, despite children being the biggest consumers of chocolate spreads, there wasn’t a low-sugar alternative available.

With the help of a fixed-interest £25,000 Start Up Loan, Kevin, who worked in the Royal Navy for six years before taking a job as an IT worker, founded JimJams, his own range of low-sugar chocolate spreads, jams and marmalades.

Four years on, the spreads are now available in major UK supermarkets, including Sainsbury’s and Morrisons. In line with this growth the business’ annual turnover grew by 106% between 2017 and 2018. At the end of last year, the business expanded to America, selling in Publix stores – the largest employee-owned grocery chain in the United States – across 800 of its outlets. 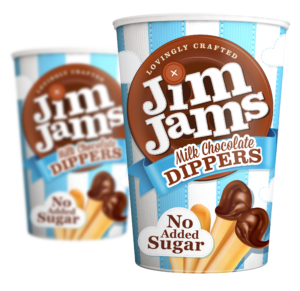 Kevin Bath, the founder of JimJams, said: “Despite having no background in the food industry, I realised, as a parent of young children, that there was a real and urgent need for healthier spreads for children.

“I took the leap to leave my successful career and have never looked back. Since receiving a Start Up Loan, the business has gone from strength to strength, and we’re delighted that we’re now expanding overseas.”

A spokesperson for Start Up Loans said: “It’s fantastic to see people taking out our fixed-interest loans to enable them to follow their passion and set up their own businesses. UK small businesses are vital to the health of our economy and it’s our mission to help as many people from across the UK who need financial support to get their business of the ground.”

The Start Up Loans scheme, part of the British Business Bank, provides fixed-interest loans and mentoring support to aspiring business owners across the UK who might be struggling to access other forms of finance. Backed by the Government, the scheme has lent over £468m to start-ups and early stage businesses since it was launched in 2012.