Marking its fifth consecutive year the annual Start Up Loans Ambassadors programme celebrates exceptional business owners who have followed an ambition of becoming their own boss after receiving support from the Government-backed Start Up Loans programme.

A Newcastle based therapy centre where families and social bubbles throw wet paint at each other, and a Glaswegian aromatherapy company running workshops to cater to the increasing interest in at-home wellness, are among 12 small businesses to be selected as champions of UK start-ups by Start Up Loans, part of the British Business Bank.

Margaret, 58, worked in surveying for 25 years but suffered with migraines triggered by artificial smells, so eventually decided to take the leap and launch her own aromatherapy business – using exclusively natural ingredients. During Covid, Margaret launched new monthly subscription packages to capitalise on the growing trend in at-home wellness. She’s also launched a men’s range in response to demand. 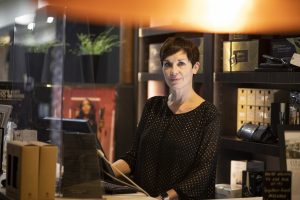 Cardiff, Wales
Victoria took out a start-up loan in 2015 through Delivery Partner, Business in Focus, to launch Goji Hair – a hairdressing salon in the heart of Cardiff with her business partner, Greg James.

The duo now offer a range of men’s grooming and beauty procedures alongside the hair salon and they recently launched their own brand of products selling organic candles and creams.

Tracy decided to take a leap into the unknown and start a business that allowed her to follow her passion after being made redundant from her job in corporate communications in 2013. Six years later, Tracy has not let Covid restrictions slow the store down. Having re-launched her website at the start of 2020, online sales have kept the store going, and July 2020 saw its busiest month since opening.

Vese is the founder of Philly & Friends, a children’s lifestyle brand that aims to add the much-needed drop of colour in the sea of children’s products. Inspired by her daughter whose nickname is Philly, she wanted to create a children’s character that kids everywhere can identify with. At the time, less than 1% of children’s books in the UK featured a Black main character. Vese set out on a mission to produce a series of children’s books, toys and products that accurately reflected the diversity of society. 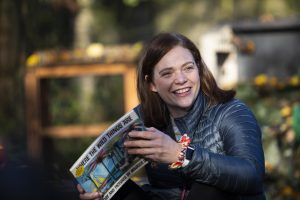 Kate, 37, set herself a goal of launching her own business that allowed her to continue supporting children who would otherwise have little access to outside space and nature, after being made redundant from her role at a charity. During Covid, Kate has been forced to put the physical activities on hold but continues sending activity ideas to families to keep them occupied during lockdown. She now provides activity sessions for children in line with government guidelines, and also offers parent and toddler groups so that parents can stay with their children during the sessions.

Anthony, 33, having worked in hospitality since the age of 13 helping his parents at their family-run hotel, was always keen to one day pursue his own venture. He now runs The Pudding Pantry, a dessert inspired brunch restaurant in the heart of Nottingham. When lockdown was imposed on the nation, Anthony had to think outside the box, and launched a takeaway and delivery service as well as an at-home afternoon tea experience, to ensure customers were not left disappointed.

Susan, 52, was an air traffic controller in the Royal Navy for 22 years and when she retired, she spent many evenings at home crafting. Frustrated with not having a suitable platform to sell her own products, her idea for The British Craft House was born. Since launching the business in 2019, she has helped 450 independent crafters sell online.

Emily, 28, a former software developer, decided to give up her desk job to launch Roundwood Gin with co-founder, Rupert Waters. She used a loan to transform an outbuilding into a fully functioning distillery with a hand-designed copper still. Emily didn’t let Covid stop her and when it was announced there was a national shortage of hand sanitiser, she launched her own range and sold individual bottles for customers and five litre bottles for key services in the local community.

Jane, 43, previously an IT Project Manager, retrained as a yoga teacher and therapist and wanted to use some of the skills she learnt and combine them with a creative form of stress relief and relaxation. Having always had an interest in the arts, she understood the calming qualities it can have and merged her hobbies to create Your Tribe. The company’s wet paint throwing space offers couples, families and groups the opportunity to make art, get messy and feel uplifted.

Daniel, 34, took out a loan in 2016 to launch D&K Accounting, a firm that specialises in helping small businesses. Having worked long hours in finance for a number of years, he and his wife Katherine, decided to launch their own firm in an effort to improve their work-life balance. Since launch, Daniel has almost doubled his clients and now advises more than 150 clients, with more in the pipeline as a result of Covid accelerating the need for people to revisit their finances.

Andrew, 38, a trained engineer, wanted to pursue a career in something he was passionate about and that would allow him to help others. He saw a gap in the market to bring together the interest and skillset that people invest into cycling, and decided to open a workshop facility where people could put both into practice. His workshops have been recognised globally and 70% of Andrews customers are from outside of the UK, in Singapore, North America and Australia. He now employs five members of staff to keep up with demand.

Nicole, 38, launched PO’Sh in 2013/14 as an integrated creative agency that offers a broad spectrum of services including PR, marketing and design. She used the loan to purchase equipment and hire a new designer. Nicole and her business partner and husband, Jan, have doubled the size of their team, and now employ seven members of staff. During Covid, the company moved to a remote working model and have been able to thrive during the lockdown months.