What is Shortcuts Children’s Salon?

David O’Neal is the founder of Shortcuts children’s salon, a children’s hair salon aimed at making a child’s experience of having their haircut as enjoyable and fun as possible.

Failure at getting a promotion while working in a bank drove David to start thinking about starting his own business.

He started cutting his own children’s hair which gave him the idea to start up a child’s salon with added entertainment to make it less daunting and more of a fun experience for kids to get their hair cut.

“I went for a job and I didn’t get it. Being a passionate, ambitious individual – me not getting that job made me think what can I do now? Running my own business is a life-long dream.”

Short Cuts opened in 2014 and David now has two franchises. As well as doing haircuts, there is a ‘Hollywood Room’ in the salon for makeover parties offering nails and other beauty treatments. 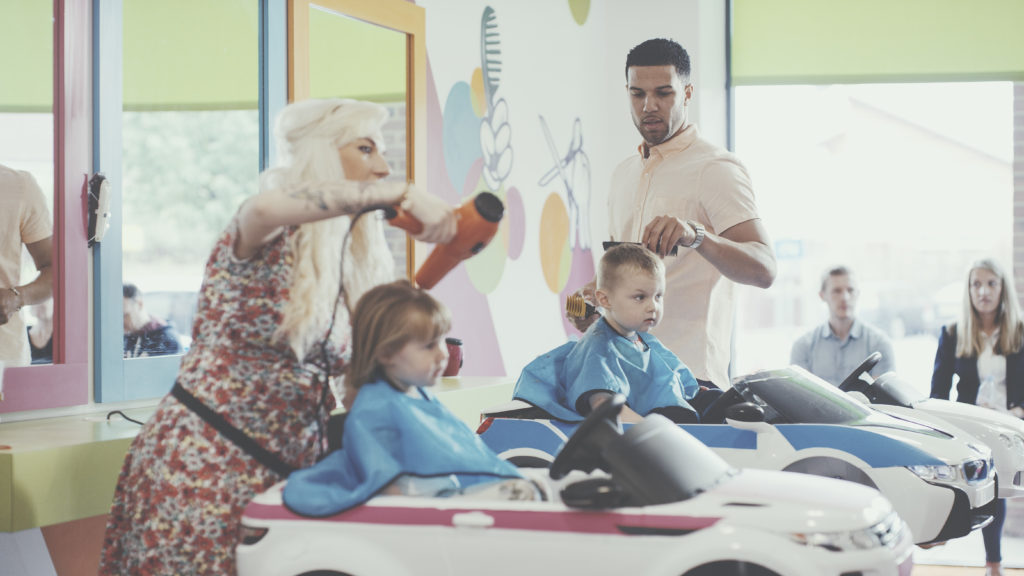 David used his Start Up Loan to kit out his salon, turning it from an empty shell into a place that children love visiting. The salon in Milton Keynes has a steady line of customers, from the school over the road to parents who drive their kids to Shortcuts specially.

Why did we choose Shortcuts as an Ambassador?

As a father of two David could have chosen to stick with his secure salary and office job, but he decided to take charge of his future.

“Do not live your life regretting, take the first step.”

David used a £15,000 Start Up Loan to launch his business and fulfill his lifelong ambitions of running his own business. His rapid expansion over the last 12 months, opening two further franchises, is testament to his drive and ability.

Why did Shortcuts choose a Start Up Loan?

For David, with a background in banking, the terrific fixed rate of interest p.a. offered with a Start Up Loan made it an attractive prospect.

“Mentoring was a brilliant element to the loan itself. Having a mentor through the start up process really helped me.”

As well as receiving his loan, David also used the Start Up Loans business mentoring scheme to support him with developing his business. This is something he feels really helped him when starting up, advising him with cash flows and business growth.