The Best Start Up Businesses of 2016

2016 has seen a wide range of innovative and inspirational start ups launching, supported by funding and mentoring from the Start Up Loans Company. This year, SULCo provided 9,150 loans, averaging at around £8,800 per loan, with the total value of loans for 2016 exceeding £80m.

The loans have created new opportunities for a broad cross-section of society and also brought a significant number of jobless people into employment. Some 40% of lending was to females and an estimated 18% of lending was to BAME. Lending to adults who were unemployed or economically inactive on application averaged 45%, and lending to young people who were not in employment, education or training averaged 46-48%.

To round off another big year of funding, SULCo announced the winner of Start Up of the Year 2016 at its Q4 Delivery Partner Forum, hosted in central London. Every year, SULCo’s regional delivery partners put forward their standout start ups for review by a judging panel at SULCo, who select an overall winner. The award is now in its third year of existence and previous winners include The Fish House at Fistral restaurant, which was nominated by SWIG Finance in 2015 following a highly successful first year of trading; and Weekend Box, a business which aims to provide young children with a ‘weekend box’ of activities to keep them occupied, which was nominated by Project North East (PNE) for the inaugural award back in 2014.

This year competition was as fierce as ever among the 21 contenders under the spotlight, with some truly impressive businesses nominated for the accolade. Three businesses were shortlisted including Caffeine Bank (put forward by Startup Direct), an incredible example of innovation and what can be achieved on a very small budget with the support of great mentoring.

Caffeine Bank delivers craft coffees to office workers’ desks, the initial concept based on helping busy professionals avoid long early morning coffee shop queues on their way in to work. The business founder, Deniz Turan, is about to open her second branch after setting up her first coffee shop in central London for only £2,000! The business has also extended its offering from artisan coffee to real fruit smoothies.

Another business to make it to the shortlist was Perilla, nominated by the Start Up Loans Company’s internal delivery partner. Chef Ben Marks and front-of-house business partner Matt Emmerson used Start Up Loans funding to help launch their new restaurant Perilla in Newington Green, North London. The original idea was to serve top-end food in a casual, relaxed atmosphere where everyone feels comfortable and at a price that is accessible.

This concept had been road-tested with four-month residencies and pop-up events in Dulwich and Clapton, which were met with rave reviews and sell-outs. In November, with SULCo funding, the roaming restaurant settled down into its first permanent site and now Perilla is building on its loyal following, serving familiar favourites from its residency days whilst adding some new dishes to the menu, all giving humble ingredients a haute cuisine twist.

With such stiff competition, it was difficult to choose between the nominations, but the winner of Start Up of the Year 2016 was eventually decided. The prize went to Kirsty Gurr and her business The Alchemist Cocktails and Coffee, nominated by Transmit Startups. 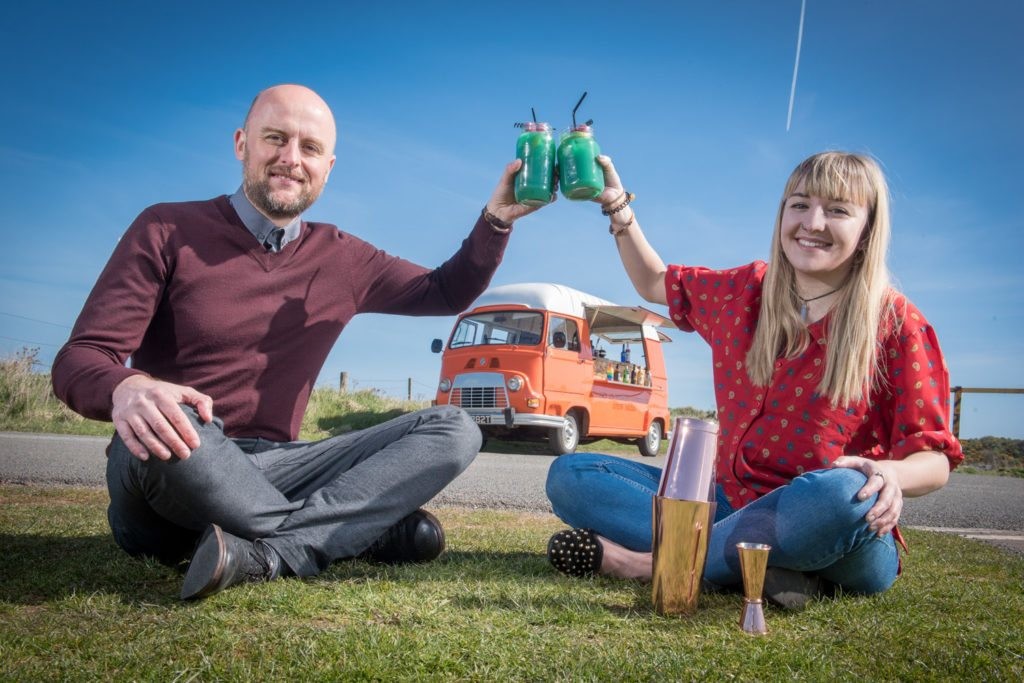 This business, founded in May 2016, has come a long way very quickly and gained some great publicity. The drinks are served from a 1979 Renault Estafette, affectionately named Rita and converted into a mobile coffee/cocktail van. It can be hired for weddings, parties, corporate events and festivals – and a bespoke and completely customisable service is offered. The Alchemist made a big impact from the start, launching with a visit to No 10 and with contracts to serve coffee and cocktails at various public events around Scotland, including The Edinburgh Wedding Exhibition, music festivals and golfing events. National media coverage has included articles in The Sunday Times, plus regional coverage in various business supplements and blogs.

Have you got a business idea that you would like to kickstart in 2017? And could your start up be among the nominations next year? Find more help on how to get your business off the ground by checking out our Essential Guide to Starting a Business and other complimentary start up resources here.

Are you feeling inspired?